Your Baby is a Genius 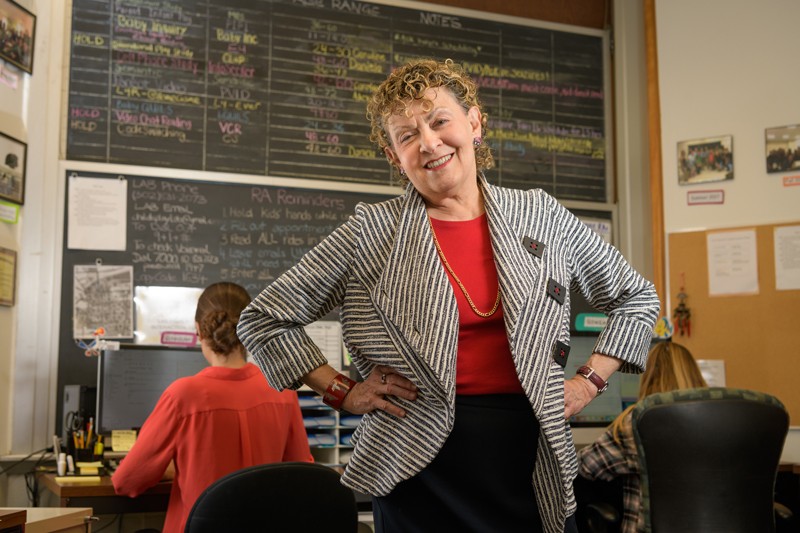 Did you know your baby is a genius?

It’s a serious question, one that University of Delaware professor Roberta Michnick Golinkoff has been asking parents since she arrived on campus in 1974 and established the Infant Language Lab, since renamed the Child’s Play, Learning and Development Laboratory.

When Golinkoff looks into the eyes of infants, she doesn’t see blank slates waiting to be filled with information. Rather, she sees brilliant minds actively analyzing the world around them, decoding the sounds and rules of language. Infants are learning words by six months even though they’re not going to say anything until at least one year old. They can also identify patterns and calculate statistics.

We know this because of research methods pioneered by Golinkoff. In the lab, Golinkoff and her team of research assistants use facial monitoring to determine how well babies understand relationships between similar concepts. For example, in one method babies will be shown two images, like a boat and a shoe, which is accompanied by audio that matches only one of the images, as in, “Where is the shoe?”

In other words, there’s a lot going on inside their tiny heads.

In a time when most are standing on the shoulders of giants, Golinkoff stands apart as one of the giants. She’s the award-winning author of 16 books, including Einstein Never Used Flashcards: How Our Children Really Learn and Why They Need to Play More and Memorize Less, and the New York Times bestseller Becoming Brilliant: What Science Tells Us About Raising Successful Children, both with coauthor Kathy Herschel-Pasek, distinguished faculty fellow at Temple University. She’s contributed to more than 150 scientific articles and delivers lectures all over the world. Not content to publish research only to be used by other academics, Golinkoff is prolific when it comes to sharing her research with the general public, including popular press books, a blog on The Huffington Post and appearances in numerous documentaries and interviews.

Golinkoff is acknowledged among her colleagues as a leader in the field. Her research has been funded by more than $8 million in external grants, primarily from the National Science Foundation and the Institute of Education Sciences (IES), the independent, non-partisan statistics, research and evaluation arm of the U.S. Department of Education. She’s also a Guggenheim fellow and the recipient of the American Psychological Association’s Distinguished Service Award, among a bevy of other impressive awards too numerous to list here.

To say that Golinkoff is busy would be an understatement. She talks fast, thinks even faster and rarely stays seated for more than a few moments. If in conversation she discovers you to be the parent of an infant or toddler, she’ll have the phone number to her Lab in-hand before the end of the next sentence. Then she’s off to teach, or to the Lab, or to her office to mentor graduate students or write another award-winning book.

At the center of it all is her research, which has been steadily pulling back the veil to peer inside the infant mind.