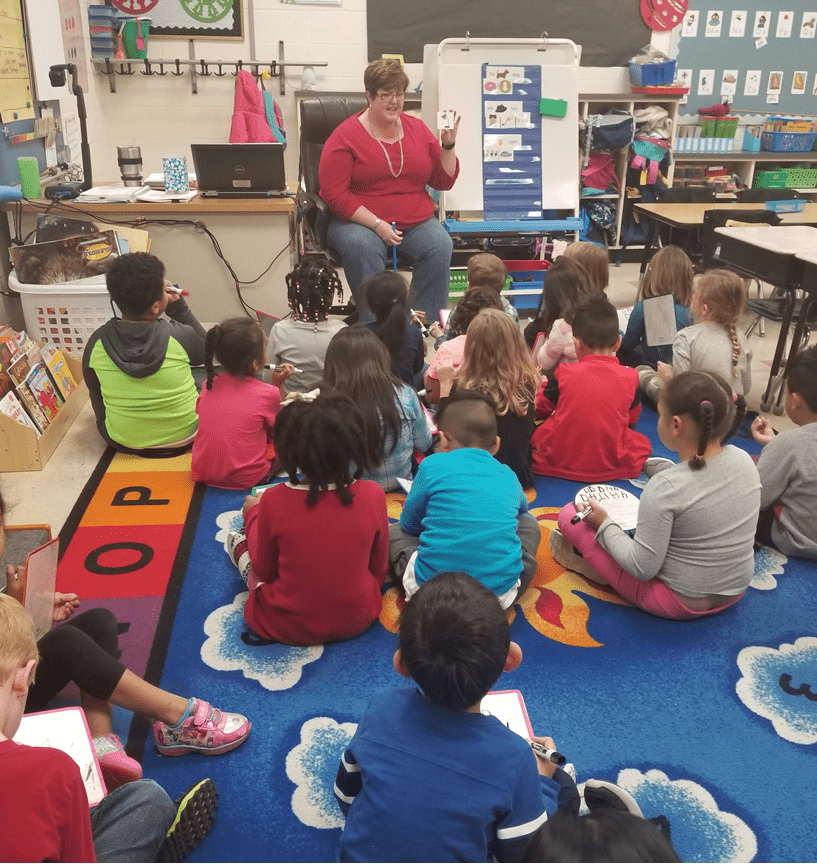 School of Education professor and Professional Development Center for Educators Director Sharon Walpole is featured on the latest episode of the ExtraOrdinary Districts podcast. She discusses her open-access literacy curriculum Bookworms K-5 Reading and Writing. Closing the achievement gap between school districts depends on several factors, many of which are beyond the control of teachers and administrators. But in Seaford, improvements in English Language Arts proficiency within elementary schools coincided with the implementation of Bookworms.

Seaford, Delaware, was the “Nylon Capital of the World” until DuPont closed its plant. Today it has twice the rate of poverty as the rest of the state. For years, three of its four elementary schools were among the lowest performing in the state. But Sean Reardon identified it as a district where African American students were learning at a faster rate than white students. That turned out to be a harbinger of enormous improvement, ushered in by superintendent Dave Perrington who assembled a team of administrators committed to equity and excellence.

They brought a new approach to reading instruction and to the use of data to drive improvement. Karin Chenoweth brings you the voices of Perrington, principals, teachers, and the researcher who developed their reading program, Bookworms. Where once Seaford was one of the lowest performing districts in Delaware, it now matches its performance, and its third-graders are way outperforming the state. In a diverse district that serves African American and white students and the children of relatively new immigrants from Haiti and Central America, the schools are forging a path to excellence.

Listen to the podcast