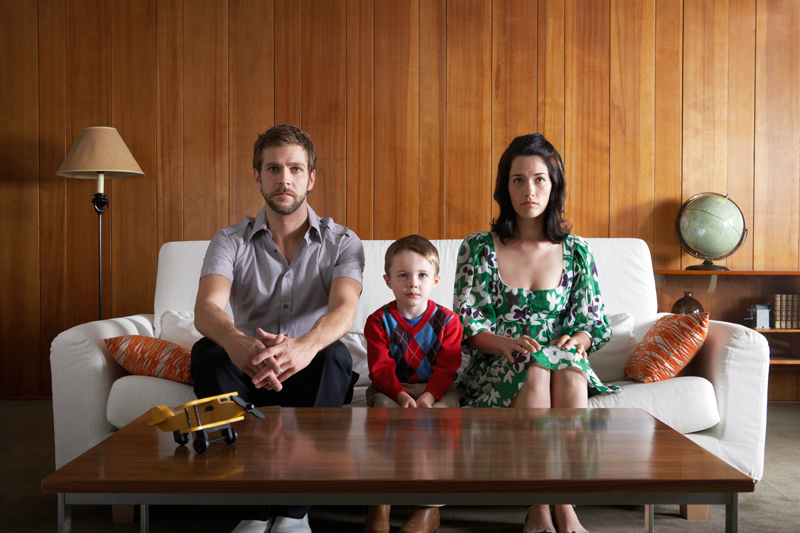 For many adults, playing with kids feels challenging and awkward, but UD experts have answers

When you are a child, you are not really a child — at least not all the time. You are also a dinosaur. A wizard. A hot air balloon operator crash-landing into a dodo bird colony off the coast of Madagascar.

In other words, playtime is fun. And imaginative. And, most of all, easy.

Or at least it used to be.

According to play experts, many American children have become so overscheduled with lessons and practices and academic preparation, unstructured playtime is going the way of those dodo birds. And — as long as the collective child-rearing goal remains well-adjusted adulthood for the next generation — this is a big problem.

“As a society, we are very much product-oriented,” said Lindsey Melchiore, the play and grow instructor at the University of Delaware’s Lab School, which trains future educators while serving the children of the wider community. “We want to see the data, see the numbers, see that this is working. But play is not standardized — the results are harder to quantify — so we do not value it as much as we should. The truth is: Play is essential to the development of a child.”

According to the American Academy of Pediatrics, the benefits of play range from physical to emotional to cognitive. But achieving these benefits is not as simple as handing a kid a set of Legos or Sesame Street figurines. In order to build resilient, creative, confident, intelligent, strong, socially adept humans, caretakers must accept the vital role of playtime nurturer. Unfortunately for many adults, this is about as easy as safely landing an actual hot air balloon.

By the time most of us have graduated high school in such a product-driven society, Melchiore said, “we have forgotten the joy of creating for creation’s sake and exploring for exploration’s sake.” Translation: We have forgotten how to play.

But not all hope is lost — play is a muscle one can build back up over time. So where should an out-of-practice parent or guardian begin? UDaily spoke with several of UD’s experts for some handy strategies on channeling your inner child.

As for working in an elusive adult naptime? For that, you are on your own…

For infants, playing is chatting.

While it may seem odd to think of a bobblehead-stage baby carrying on a dialogue, “you can get a little conversation going with a kid who cannot say a word,” said Roberta Michnick Golinkoff, Unidel H. Rodney Sharp Chair in the School of Education, director of the Child’s Play, Learning and Development Lab on campus, and author of Becoming Brilliant: What Science Tells Us About Raising Successful Children. “Talk, but not continuously. Allow the child to come in, and you’ll get little vocalizations, and you’ll see they are indeed trying to engage with you.”

It is important not to talk over these vocalizations, just as you would not talk over an adult conversation partner. Instead, look the baby in the eye, and respond to her “comments.” If you are stuck for a topic, give a tour of your house, read from a favorite recipe book or recap last night’s soccer game — content is not as important as inflection.

“Babies can sense their caregiver’s feelings,” said Myae Han, professor of human development and family sciences. “When you are speaking with your baby, do you see it as work or play? Because that changes your tone.”

If you find yourself slipping into a high-pitched, singsongy voice — aka, babytalk — that is perfectly okay. Not only do babies prefer this from a conversation partner, research shows it boosts their brain development. To do this most effectively, stick to real vocabulary — ixnay on the goo-goo-ga-ga.

According to Martha Buell, professor of human development and family sciences with a joint appointment in the Joseph R. Biden Jr. School of Public Policy and Administration, conversing with a child is one example of serve and return, an important type of interaction in which a child extends a bid for attention (babbling, making eye contact, reaching, etcetera), and an adult responds to this bid with words or touch.

“Once the baby can grasp, if the baby hands you an object, smile, comment and hand it back,” Buell said. “It is this back-and-forth engagement that is the root of more complex play.” It also builds the neural connections necessary for future, stable relationships.

Finally, remember that children this age are “figuring out where their body is in space,” Melchiore said. Dangle objects for kicking or swatting, or provide tactile stimulation through an infant massage. The latter may help a baby cry less, sleep more.

If all else fails, use your face — research published in the scientific journal Cognition suggests babies show a preference for faces over any other stimuli… especially the eyes. Meaning? Closing the eyes and then opening them very wide — a simplified version of peek-a-boo — and sticking out your tongue or puffing out your cheeks can do wonders for neonate entertainment.

Especially for the highly organized, type-A set, approaching toddler playtime with a plan of attack can be highly tempting: First, we will finger paint a self-portrait, then we will build a train set, next we will turn this cardboard box into a spaceship.

But… none of this is really up to you.

“The role of the adult is to provide space for safe exploration,” Buell said. This means creating a stimulating environment with objects to explore… and then backing off to wait and see what sparks an interest. In other words, let children take the lead.

“Allow them to be the owner and the director of the play,” Han said.

None of the objects you provide need to be expensive — and they definitely do not need to light up, blink or make noise. In fact, in many cases, it is better if they do not.

“The more a toy does, the less a child does,” Melchiore said, adding that many of the fancier gizmos on the market have one use and one use only. Instead, seek out classic standbys — like blocks or Play-Doh — that allow for more open-ended exploration and, therefore, less potential for frustration.

When setting the playtime stage, Buell recommends household items — like pots, empty cans and cartons of varying sizes. Fill them with rice or water, add in some measuring cups, and you open up a world of opportunity for sensory play, which enhances the development of motor skills (picking up, scooping, pouring), cognitive skills (size, shape, amount) and language.

Once the child gets going, you may be tempted to jump in and explain how to do it better — build taller, paint neater or fit those last few pieces into the puzzle. But, remember, play is about the process and not the product. It is just fine if your kid creates for hours, with nothing to hang on the fridge at the end of the day.

So…how should you participate?

“People come up to me and say: ‘I forget how to do it; I forget how to play,” Golinkoff said. “I tell them: ‘Just sit on the floor and describe what you see the children doing. They’ll love it, and they will feel validated.’ ”

Boredom is great. Or, as Melchiore puts it: “Boredom is a skill.”

This is the message, experts contend, we should be sending kids as they enter preschool and beyond. Do not cater to the complaint by handing over an iPad or immediately signing the kiddo up for another tee-ball tournament — let children know that feeling bored is when one’s imagination can come alive.

This imagination is key for dramatic or symbolic play, when kids take on specific roles — chefs, teachers, antelopes, whatever they can dream up — and act them out. It’s a skill important for building social and literacy skills.

While children may invite adults into their pretend worlds, caregivers should be careful not to take over. Instead, strive to be what is known as a co-player.

“You have to give them new ideas in a way they don’t recognize as intervening,” Han said. “That’s the trick.”

One example comes during pretend restaurant play. If you are acting as the customer and your child is the waiter handing you an invisible menu, do not simply shout out an order — ask questions that serve to extend the play: “Do you have salad?” “What if I don’t like pizza?” “How much is the dessert?”

While you might feel silly pretending to be a hungry hippo or silly sea otter with your kid, “there is no magic trick for this,” Golinkoff said. “You just forge through it. The only magic comes when the play takes off and you realize you’re as involved in it as the child.”

While it is tempting at this age, with kindergarten looming, to make the play more academic in nature — say, suggesting those hungry hippos recite their ABCs — resist the urge to turn play into work.

“Teaching the alphabet is not that difficult,” Han said. “Our education system is focused on these kinds of simple outcomes that can be easily evaluated, so we focus on these at the expense of play. But unstructured play teaches those skills that are actually more difficult to acquire, like creativity and self direction.”

Instead of drilling numbers and letters into the children in your charge, let them be a little wild. Doctors and some researchers suggest gentle roughhousing — only with willing participants — instills better self control and flexible thinking, while so-called risky play — like climbing trees or getting tumbled in the ocean — might improve executive functioning when not taken too far.

“It’s not all sunshine and roses,” Melchiore said. “I can put a helmet and knee pads on my daughter, but I cannot stop her from falling off her bike, and that is hard. But this is also an opportunity to have a conversation about what can be done differently in the future, enhancing those problem-solving skills.”

In other words: Relax a little, and let the kids in your orbit just be, well, kids.

“I don’t want people fretting that the way they play with children has to be effective,” Golinkoff said. “The whole point of play is following the children’s lead and having a good time. That is all. There is nothing to worry about.”