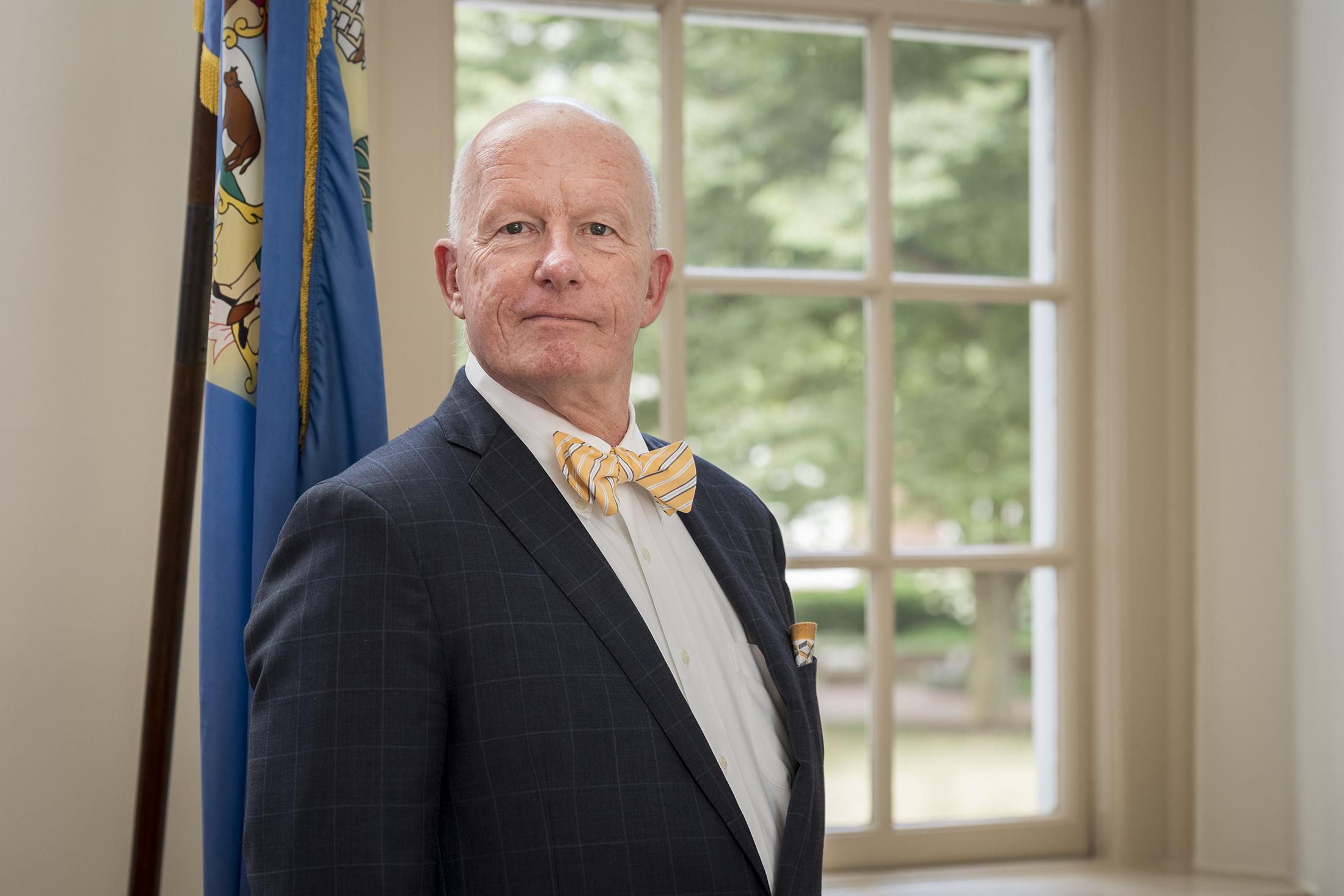 A renowned researcher in the field of education, Gary T. Henry is the new dean of University of Delaware’s College of Education and Human Development and Professor in the School of Education and the Joseph R. Biden, Jr. School of Public Policy and Administration.

He is currently examining the effects of state efforts to reform their lowest performing schools. In Tennessee, he has evaluated the effectiveness of the state’s Achievement School District and local Innovation Zones, finding the latter to have positive effects on student average achievement gains in all subjects over six years. In North Carolina, he recently evaluated the effects and implementation of the state’s third round of reform of its lowest performing schools.

He has also published several articles on teacher preparation, including a study that finds Teach For America teachers to be effective in raising students’ test scores. Other research found negative effects on student achievement from teacher turnover, mainly due to teacher who leave during the school year.

Prior to joining UD in August 2019, Henry was the Patricia and H. Rodes Hart Chair and Professor of Public Policy and Education and Director of Graduate Studies in the Department of Leadership, Policy and Organization at Vanderbilt University.

A Kentucky native, Henry became a first-generation college graduate, earning bachelor’s and master’s degrees from the University of Kentucky before attaining a Ph.D. from the University of Wisconsin. From there, he began conducting evaluations for the Virginia General Assembly and ultimately served as the state’s deputy secretary of education and chief deputy superintendent of education.

Most recently, in 2019, Henry co-authored a study that evaluated the academic progress made by students in two turnaround models in Tennessee—determining that through six years of school reform, the schools takeover by the state’s Achievement School District, and mostly managed by charter management organizations, did neither better nor worse than similar low performing schools that did not participate in an intervention, while local district-within-a-district had higher student achievement gains across all subjects. The Guiding Principles for Improving the Lowest-Performing Schools, which he co-authored, is being used by several states to plan their efforts for comprehensive support and improvement of their lowest-performing schools.

Dean Henry’s coauthored article, “The Effects of School Turnaround in Tennessee’s Achievement School District and Innovation Zones,” was recognized as one of the Educational Evaluation and Policy Analysis journal’s most cited articles in the last three years and the report on which it was based was awarded the American Educational Research Association’s Most Outstanding Policy Report for 2017.

In 2015, Henry was named an American Educational Research Association Fellow. He received the Joseph S. Wholey Distinguished Scholarship Award in 2001 from the American Society for Public Administration and the Center for Accountability and Performance along with Steve Harkreader. And in 1998 he received the Outstanding Evaluation of the Year Award from the American Evaluation Association for his work with the Georgia’s Council for School Performance.