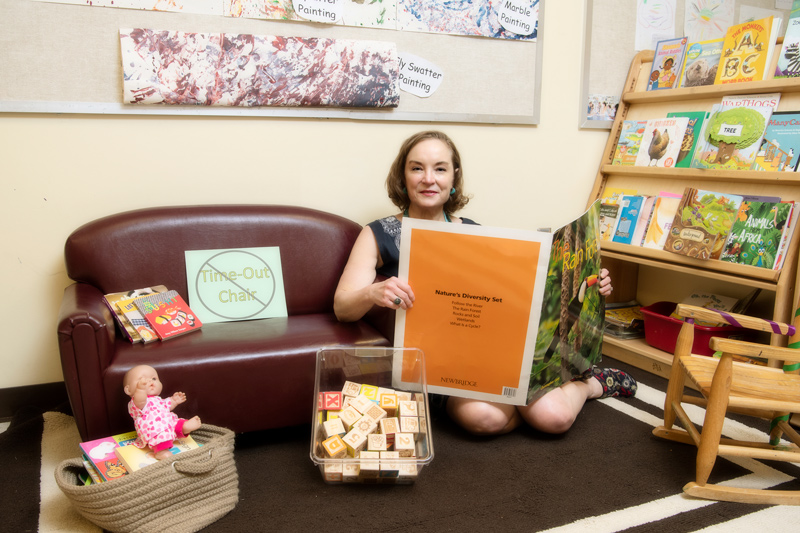 When you hear about kids getting kicked out of class or school, you likely picture the student who spiked the punch bowl at your senior prom or the bully who spent third period administering wedgies to the debate team.

In other words, you imagine trouble-making teens.

But the apple-cheeked kiddos enrolled in daycare or preschool? Certainly these cherubs are too young to face such severe consequences … right?

Not according to the Center for American Progress. In one analysis, the independent research organization found that, in the United States, 250 preschoolers are suspended or expelled every day. Even more worrisome: Kids from certain demographics — Black students, children with disabilities, English-language learners, larger children and boys — are unfairly targeted. All are subjected to this type of punishment at higher rates than their peers for the same disruptive behaviors. Or, in some cases, for not misbehaving at all.

So reform is needed. But in order to fix policies surrounding exclusionary discipline — that is, any form of discipline in which a child is removed from his or her classmates or educational setting — you first need to know what those policies are.

Enter the latest project of Martha Buell, a professor in the Department of Human Development and Family Sciences at the University of Delaware, with a joint appointment in the Joseph R. Biden Jr. School of Public Policy and Administration. Using a $96,000 federal grant, she is conducting a nationwide census of policy and licensing documentation within the early childhood realm. She and her team, which includes Professors Jason Hustedt and Rena Hallam of the Delaware Institute for Excellence in Early Childhood, housed within UD’s College of Education and Human Development, are analyzing everything 50 states and five U.S. territories have to say about limiting exclusionary discipline — if they are saying anything at all. And they are examining how individual programs interpret these directives. The goal is development of a more streamlined regulatory framework that state and federal administrators can use to improve early childhood care options for families.

“Right now, there is so much variability in this area, each state is like its own country,” Buell said. “A little bit of alignment would really help.”

Consider the example of the state of Washington. Providers in this state can expel a child from an early learning program only if the student presents a clear safety risk to other children, if the program has made documented efforts to reduce said risk, and if parents or guardians were first offered community-based resources for improving challenging behavior. But in Virginia? According to Rachel Fidel, a doctoral student in UD’s human development and family sciences program who has been hunting down necessary documents for the project, providers have carte blanche to expel a child “for any reasons they want, as long as they inform the parents.”

These potentially contrived reasons may be born out of implicit bias — the racist idea that Black children are fundamentally troublemakers or the stereotype that larger children are inherent aggressors. As for the plight of boys in this arena, Buell said, part of the problem is their inclination toward rough-and-tumble play, a developmentally appropriate activity that female caretakers have nevertheless been socialized to view as dangerous or unruly. In other cases, the difficulty is ignorance — for example, some caregivers simply do not understand how to accommodate for a physical or cognitive disability, even if required by law to do so.

The danger of over-suspension and over-expulsion for these demographics is not just the potential for falling behind academically. It is that “children from these groups get labeled by their peers as the ‘bad kid’ early on, and this can become a self-fulfilling prophecy,” Buell said. “We call it the preschool-to-prison pipeline.”

Put simply, that bully who made your life miserable in high school may not have been a good-for-nothing instigator after all. Rather, he may have been — apologies to all former wedgie receivers — the victim of a broken system.

While suspension and expulsion are the most extreme examples, other forms of exclusionary discipline typically come first, and these serve as a gateway to weightier consequences. So far, some of Buell’s findings in this area have been “lurid,” she said. “I get a visceral reaction from reading some of this stuff, because, oh my goodness, they are doing this to children.”

Especially telling are not the disciplinary practices that various policy documents allow for — but the ones they prohibit.

“Why would you need to articulate that an adult cannot put a child in a box unless, at some point, an adult put a child in a box?” Buell said. “And there are several documents that say you cannot let children discipline other children, so clearly there were places where you had seven or eight year olds somehow involved with the discipline of younger kids. It is mind boggling.”

A particularly interesting “side trip,” as Buell called it, has been a deep-dive into time-out policy for children. This well-trodden behavior modification technique, effective when used correctly, originated not as a negative experience for the child, but a calming one, in which he or she is removed — gently and with great communication — from whichever materials he or she is misusing, or from whatever social situation is overly stimulating.

Somewhere along the line, the tactic morphed into punishment, complete with the embarrassment of a so-called time-out chair. Early childhood practitioners may relegate children to the hall, which is little more than solitary confinement for the under-four-foot set, easily misinterpreted as rejection. Or they may issue time-outs for an arbitrarily long amount of time — frequently, one minute for every year of the child’s life — although no research supports this guideline. Such misuse may actually exacerbate bad behavior.

But it is not all doom and gloom on the early childhood front. Certain states have taken steps to prevent or mitigate exclusionary discipline. They are bringing in consultants, for example, who can identify easily fixable reasons for unruly behavior — perhaps the play area is too small or otherwise inadequate, or perhaps a classroom could be better arranged to achieve good-behavior feng shui. In other cases, inclusion support specialists are brought in to aid children with special needs.

“Some places are doing really innovative, creative things that are going to make things better for children,” Buell said. “And we intend to highlight these offerings as examples to other states.”

Other positives that may come out of this work include greater awareness surrounding the need for mental health counseling for infants and toddlers, better training for teachers and — potentially — a more equitable society.

“In many cases, the children who are being kicked out of early education programs are the ones who would benefit from them most,” Fidel said. “This is a social justice issue. This is about human rights.”